Live Translate enables users of the Pixel 6 to message with people in different languages, including English, French, German, Italian and Japanese. Language detection and processing happens entirely on-device and works even without network connectivity.

With enhanced support for Interpreter mode, users will also be able to take turns translating what is said in up to 48 languages. Google Pixel 6 users can now use their voice to type, edit, and send messages with Assistant voice typing in Messages, Gmail and other apps. The Google Assistant helps with adding punctuation, making corrections, inserting emojis and sending messages entirely based on voice commands. Here's a quick round-up of all the camera features of the Google Pixel 6. To make pictures more equitable and eliminate racial biases that have crept into camera systems over the years, Google has introduced 'Real Tone', which brings improved auto-exposure, reduced stray light and minimised blurriness in portraits to make sure pictures look great for people of all races.

For instantaneous Snapchat access, the new Quick Tap to Snap feature - which takes users straight to the Snap camera with a quick double tap on the back of the phone - will be rolled out exclusively for the Pixel 6 and Pixel 6 Pro later this year.

The Pixel 6's 'Magic Eraser' feature can detect distractions in photos, like people in the background, power lines and power poles, and suggest what one might want to remove. Then, one can choose whether to erase them all at once or tap to remove them one by one.

And this is not limited to newly captured photos — users will be able to clean up photos taken years ago or on non-Pixel phones. 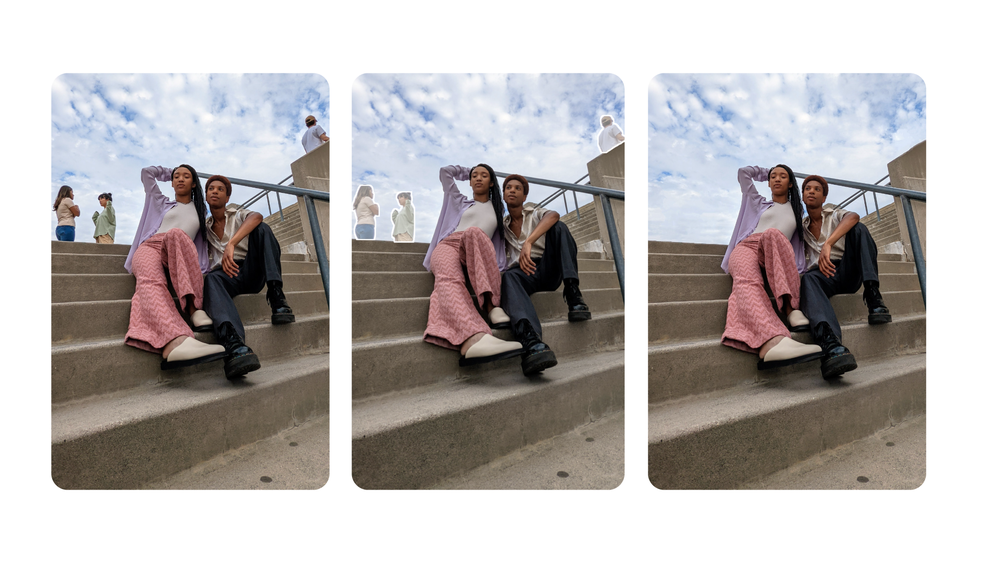 Google says that by embedding parts of HDRNet directly onto the Tensor chip, it now works in all video modes for the first time — even at 4K and 60 frames per second — to deliver recordings with more accurate and vivid colours. 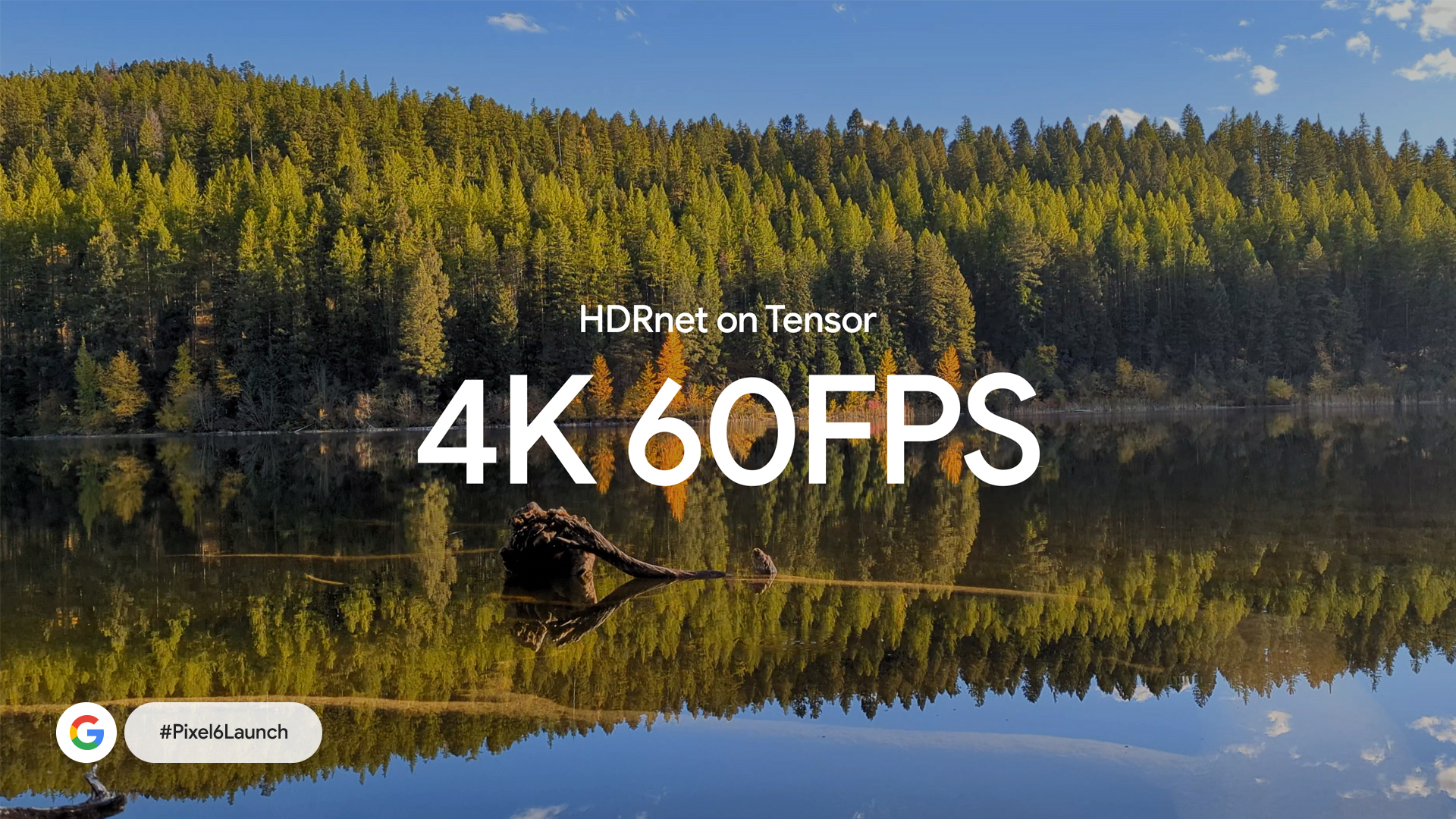 Here's a look at the primary camera specifications for the Google Pixel 6. 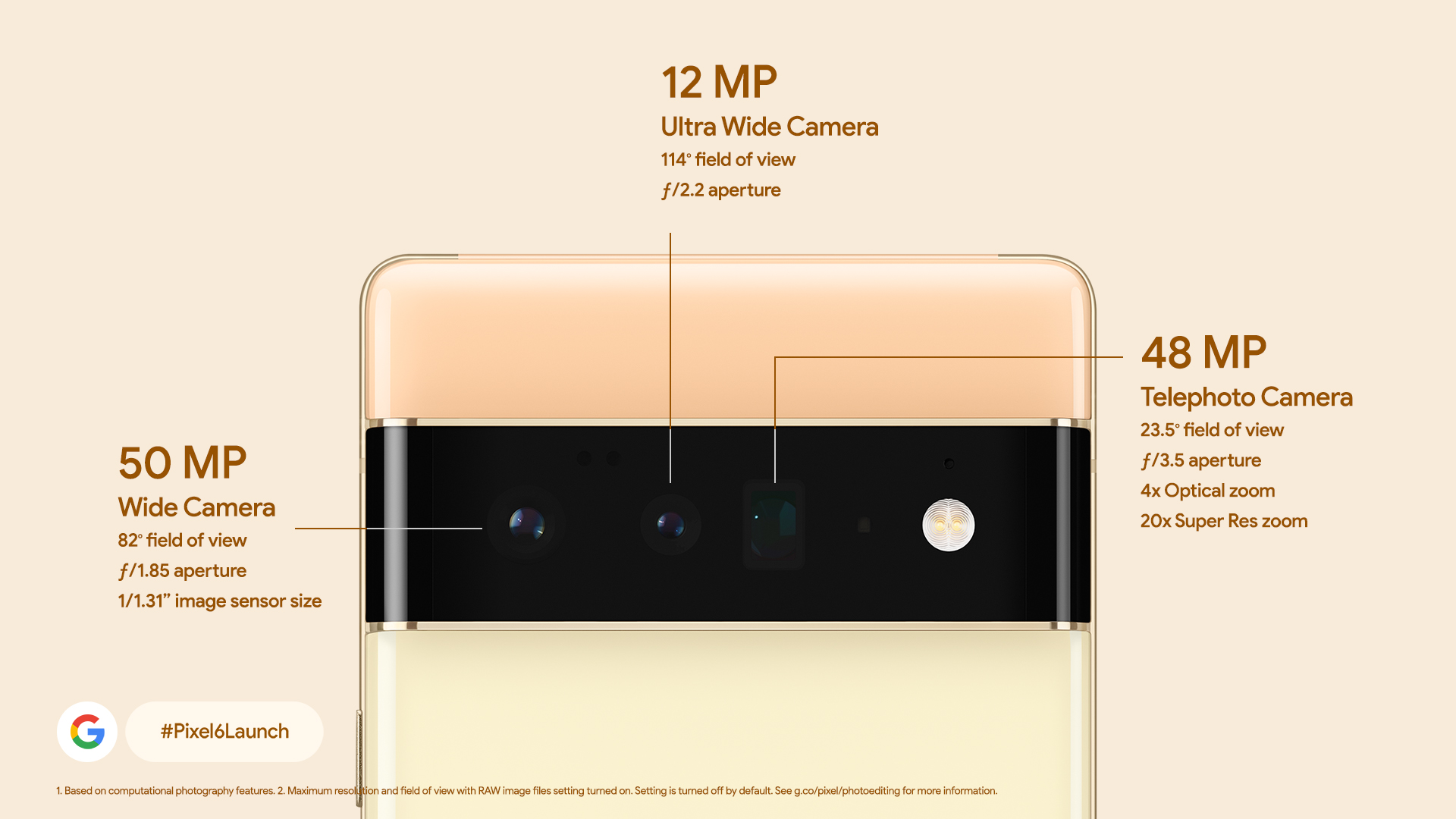 Here's a quick look at all that makes up the custom-made Tensor chip, which Google says was designed to work with its own machine learning and artificial intelligence platforms, and enables Motion Mode, Face Unblur, Speech enhancement mode for videos and applying HDRnet to videos. Google says the Pixel 6 is the most secure Pixel till date. It features Titan M2TM, which works with the Tensor security core to protect sensitive user data, PINs and passwords. Additionally, Google promises five years of security updates for Pixel 6 and 6 Pro buyers. Google Pixel 6: Android 12 with Material You

Material You ensures the feel of the Pixel 6 and 6 Pro - both of which ship with Android 12 - changes whenever the user changes their wallpaper. Google Pixel 6 and 6 Pro: The displays

Here's a look at the screen sizes for the Google Pixel 6 and 6 Pro. Here are three colourways for the Pixel 6 Pro; Google says it derived inspiration from the high-quality finishes used in jewelry and watches for its new flagship device. Here's a look at the three colourways for the Google Pixel 6. The price for the Google Pixel 6 Pro range starts at $899. 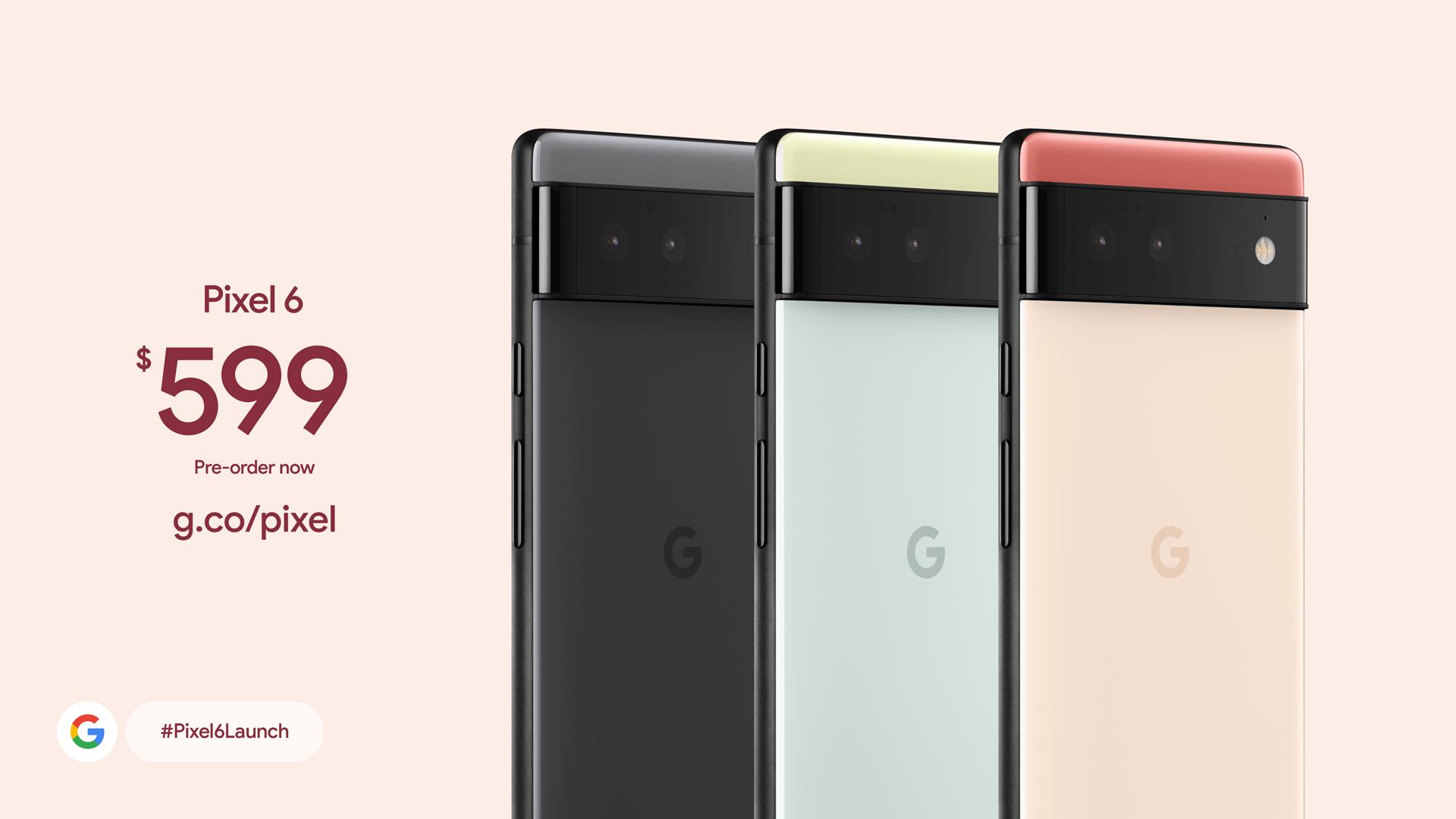 The first thing you’ll notice is the Camera Bar, giving the phone a clean, symmetrical design that puts the camera front-and-center. Here we go, folks! The Google Pixel Fall 2021 launch event is underway, with a look at the Tensor chip, which has been custom-made for the Pixel 6 and 6 Pro. You can watch the livestream of the Google Pixel Fall launch right here.

Google Pixel 6: The debut of Tensor

Google has also previously revealed the devices will be powered by a new chip developed by Google in collaboration with Samsung, and it’s named ‘Tensor’. The tech giant has promised this new chip will offer ‘market-leading’ performance. Android 12 OS will come standard on the devices (which will receive future software updates for the next five years), as will an in-display fingerprint sensor. Google Pixel 6 and 6 Pro: The display Hello and welcome, folks, to Tech2's live coverage of the Google Pixel Fall event. We're about to welcome the Google Pixel 6 series smartphone tonight, and the event could yet throw a few pleasant surprises our way, so stay tuned for all the action! In the months leading up to the launch, Google confirmed the Pixel 6 will have a 6.4-inch FHD+ display with 1080p resolution and 90 Hz refresh rate, while the larger Pixel 6 Pro will have a 6.7-inch QHD+ display with a resolution of 1440p and a 120 Hz refresh rate. Android 12 OS will come standard on the devices (which will receive future software updates for the next five years), as will an in-display fingerprint sensor.

Google has also previously revealed the devices will be powered by a new chip developed by Google in collaboration with Samsung, and it’s named ‘Tensor’. The tech giant has promised this new chip will offer ‘market-leading’ performance.

Guts and Glory: Of Narendra Modi, Mahendra Singh Dhoni and their leadership

Spot, a dog-like robot, gets updated with Wi-Fi, autowalk...

Many fish species, including those that are consumed by...

When drilling mortises for chair arms, such as those in a ladderback chair, it can...

Hot and cold water reversed in the whole house.

So I bought a house not too long ago and a new water heater was installed by the...

Newest and futuristic fonts free download for commercial and personal use. There...

Welcome to JSON minifier online free tool. This awesome tool will help you to minify...

Watch| Horse sits on a bean bag and plays cards with woman;...

Is this the end of the Tiger Woods era?

Tiger Woods is the rarest of athletes. At his peak, he transcended his sport. People...

For artist Mia Tarducci, the secret to success is to keep stretching and growing—to...

Chess is sexy again. But for Magnus Carlsen, it's business...

The press conference in Dubai ahead of the World Chess Championships is running...

Just as many countries around the world were beginning to loosen their border restrictions,...